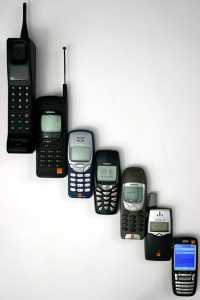 The speed of innovations in the smartphone market is almost exponential. Just five years ago smartphones were almost nonexistent, and most people didn’t even have a cellphone. In the past few years we’ve made huge progress. 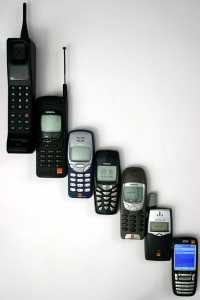 Last year we went from the mobile web to the full web. This year VoIP was the hot topic, with a series of software packages being released for various smartphones. Wi-fi and 3G fast Internet speed is now a common feature, and so are high resolution 3MPx cameras.

The same is true for mapping. GPS is now becoming more common and with the Google Maps mobile client, even without it anyone can get directions and see maps. Positioning is going to be a standard feature and integration with Bluetooth devices expands its capabilities.

So now that we know where we’re at, what’s next? Well in my opinion, in the short term we’ll mainly see Internet related advances. For example, Google Docs currently doesn’t work with mobile browsers, but if they fixed that, it would bring all your web based documents on the road. IM clients could also use some love. Right now the situation is rather poor, with a series of third party applications that more or less support various IM protocols. I’d like to see the official vendors fully support smartphones, with emoticons, file transfers, video chat and so on.

In the longer term, I see the mobile applications themselves becoming more complex. This depends mostly on hardware advances, since any kind of complex process requires more CPU and processing power. For example, advanced picture editing right on the device, allowing people to edit their photos right after they take them. Same thing for video.

Current high end devices already have 400MHz and 600MHz processors. When we have desktop class 1GHz processors in those things, with big enough flash cards to be used as RAM, that’s when mobile software will really start rivaling desktop applications. While we may not see a Photoshop or GarageBand running on our phones quite yet, in two or three years I can definitively see that happening. With decent touchscreens those types of applications would make perfect sense on the road.

In the past five years we went from black and white phones doing calls and SMS only to full featured smartphones. In five more years I can easily see mobile devices becoming as powerful as our current computers.